I’ve been working for a good while on the TextAdventureTime project with Hwa Young Jung and Glenn Boulter from ReDock for Networked Narrative.

When I think of Text Adventure Time I think of many hours late at night in my bedroom 1985-87 working on “Lost in the Supermarket”, a still unfinished text adventure.

I started making text adventures in 1985 because I loved ZXSpectrum computer games and wanted to make games like the ones I loved. Despite my best mate being able to code and a week of work experience at Ocean Software I just did not have the skillset. But someone made a programme called The Quill which like Twine, let you make interactive fiction without having to learn machine code.

In many ways the games written with The Quill were like fan fiction versions of the ‘big’ games made by game companies (even though in those days the line between big game companies and a programmer’s bedroom were pretty blurry) there were a huge sub-genre of games that were parodies of games like the Hobbit and Lords of Midnight. Most adventures were po-faced fantasy epics like Red Moon so you’d see games purposefully set somewhere boring like Hampstead and were often reactionary satirical and self referential games about Text Adventure culture.

It’s worth reading the article above about The Quill the early years of the UK adventure game ‘industry’ to see how far digital culture really has come and Glenn has alread written comprehensively about this. We’ve also looked at text on tv like Ceefax and Teletext and this 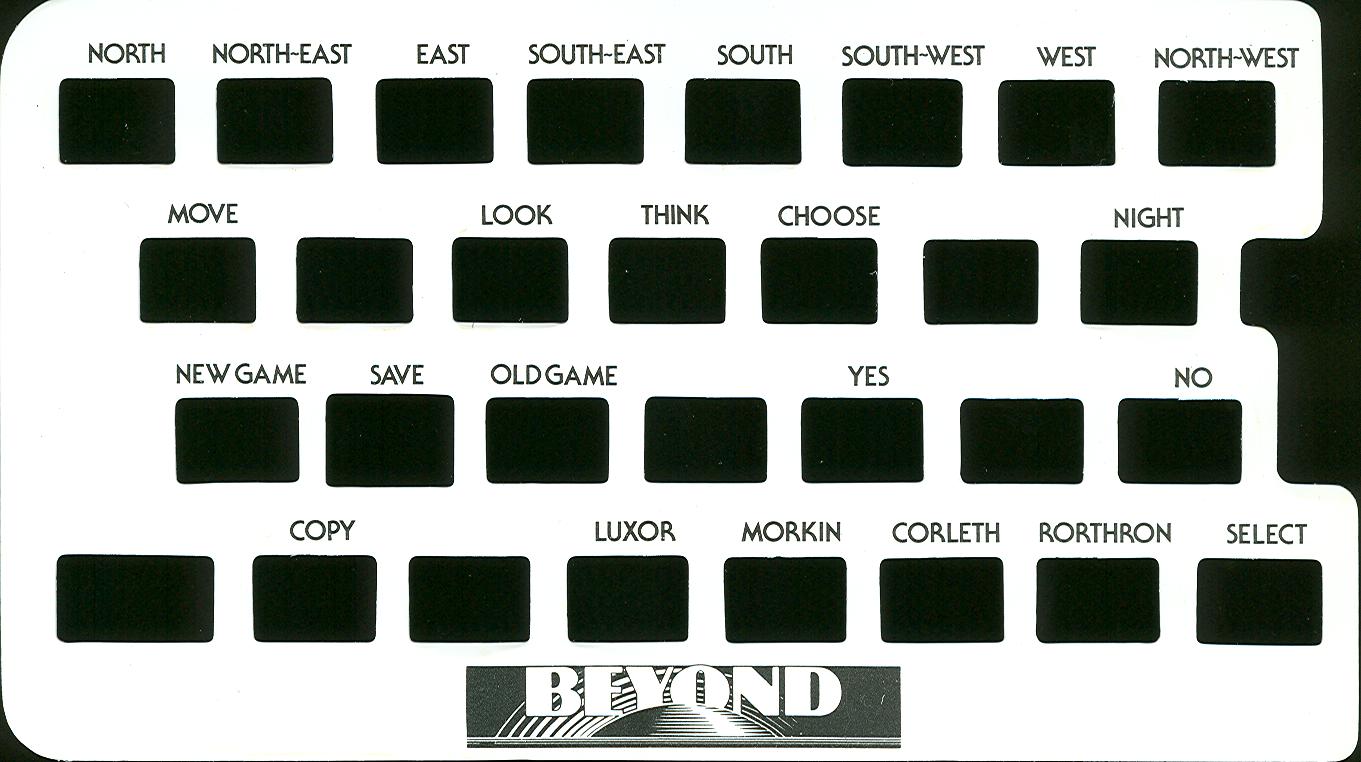 Making Text Adventures was when I first started to make things apart from drawing and looking back some of the things i most remember where games that somehow bled into the real world; often literally. 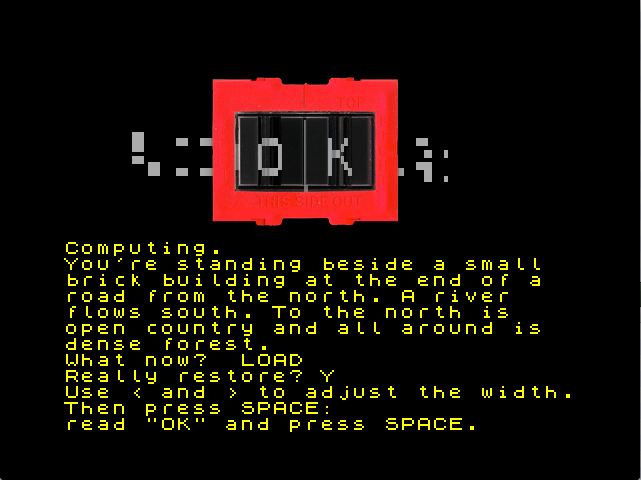 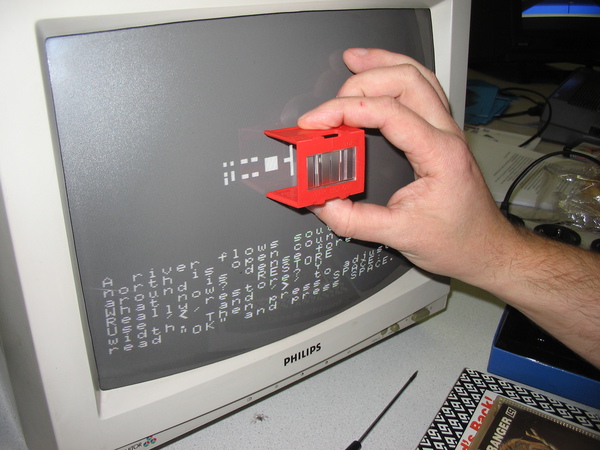 I was obsessed with packaging or new game systems, notably Lords Of Midnight which had a special keyboard overlay as there were so many control keys, not to mention anti-piracy gadgets like the lenslok which you can see above. Almost all of these examples were often elaborate attempts to stop piracy. Some games tried and failed to get major and minor pop star involvement and place their game in pop culture to arguable degrees of success, Everyone’s A Wally had a specially commissioned soundtrack you played that meant you could rewind the tape ready for the next game load by listening to a (very bad) soundtrack by Mike Berry famous for his performance of the Blue Ribband chocolate bar theme tune and starring in Are You Being Served.

Wham: The Music Box was endorsed by Wham an early music sequencer the highlight of which was the Whampiler a programming joke about non-interpreted computer language: I loved the idea of a ridiculous pop band being reduced to machine code but writing a special compiler to turn it back into pop music.

Like Glenn, I started looking for other physical game add-ons but they are all a little bit dissappointing: I do love Dial-A-Pirate is pretty good: click on the link and see if you can make a pirate who looks like Kanye West. 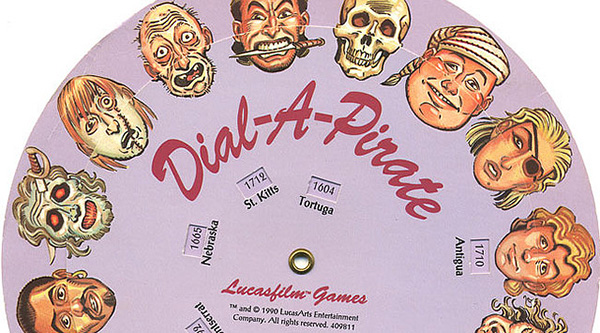 I love Hwa Young’s idea of us starting to make Art-E-Fakes and Feelies from the worlds we are creating in Twine and I will be working with you all to do this through a process of co-design: ie designing things together.

Instead of things directly needed by the game to play I think we can make arte-fakes that are maybe oblique consequences of the games we’ve made. The best example Glenn blogged about from the “Hitchhikers Guide To the Galaxy” was the ‘microscopic spacefleet’ ie an empty plastic bag. 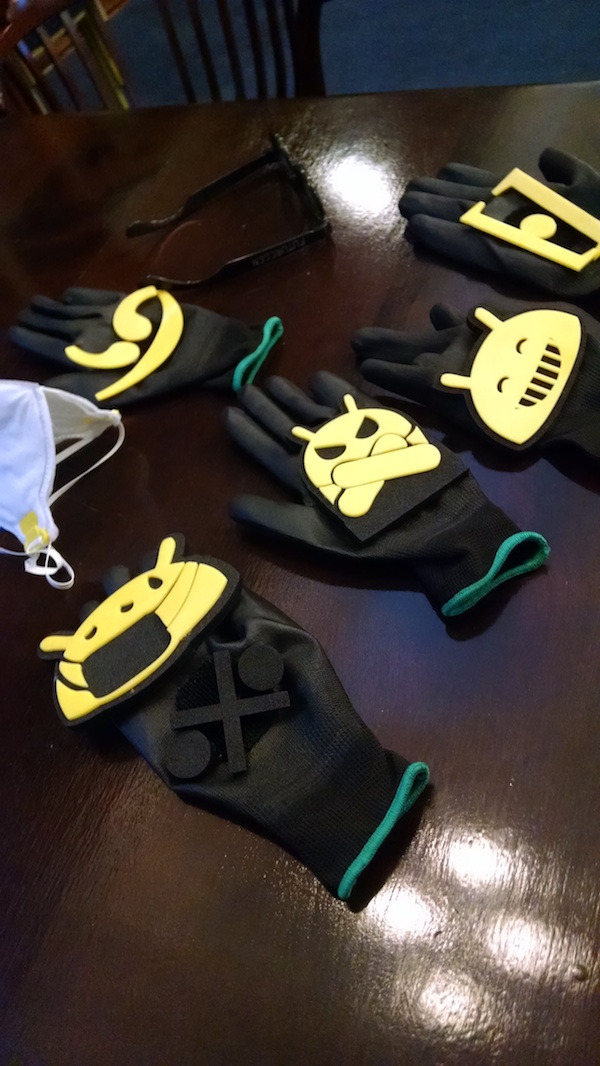 So from the Hull group I’ve made: 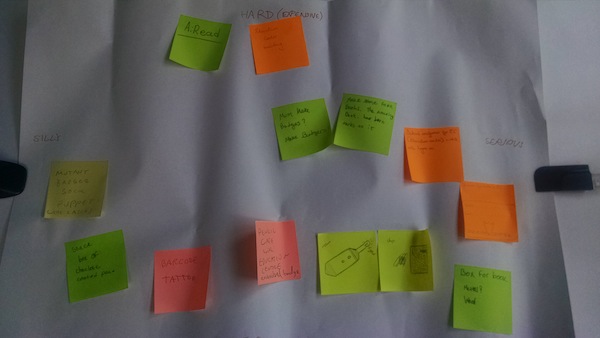 Other Ideas we came up with in Hull:

Imagine in the future someone becomes obsessed with our games and what would the super-fans of our games make in tribute?