CloudMaker & The Minecraft Of Things 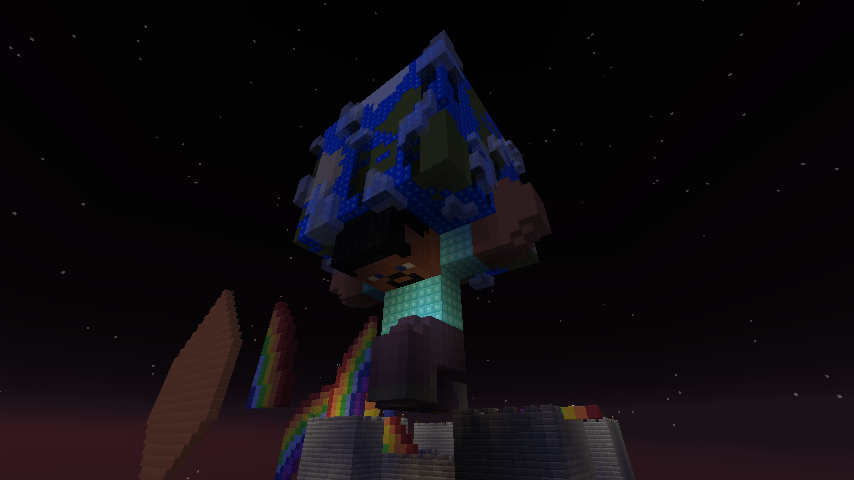 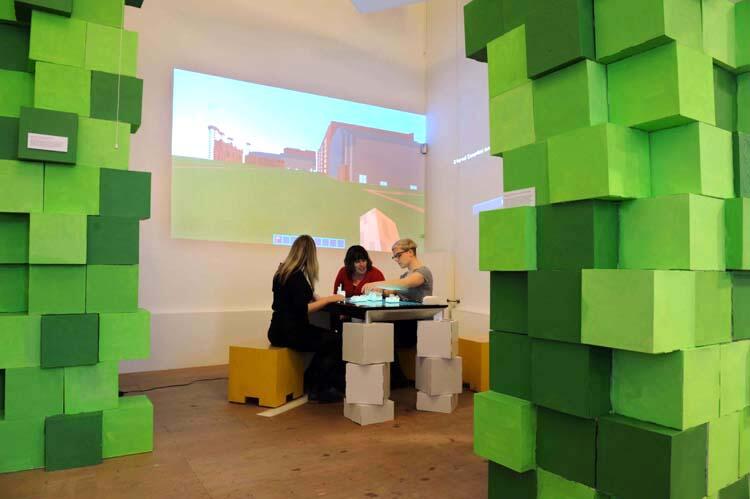 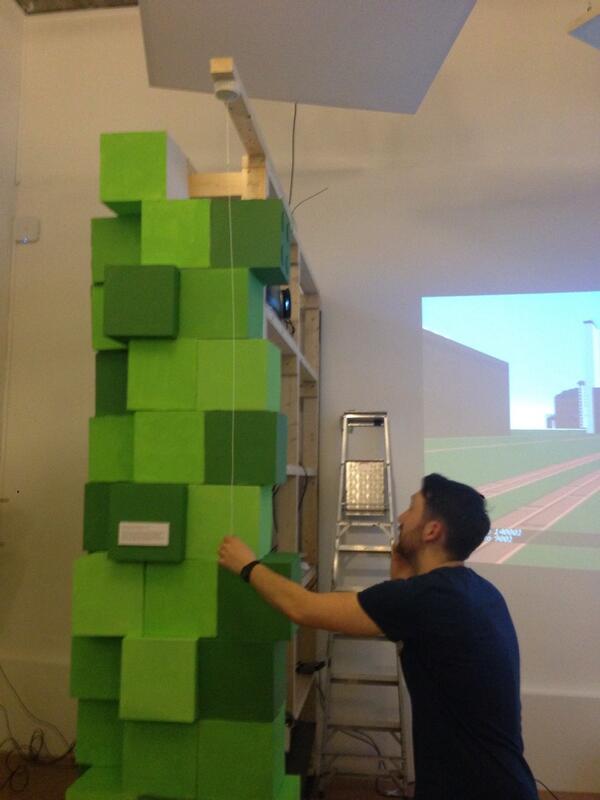 Inspiring to work alongside @paulharter who has used his awesome printbot bukkit plugin and printcrafting system to make Minecraft worlds from RFID cards visible in a beautiful custom arcade game minecraft RFID worldviewer. If you ever wondered what hidden worlds could be within your oyster card then you can go there within his installation. Its not just an artistic gesture; its a usable & scalable system to physically ‘collect’ your digital models; a calling card for your ‘technical identity’ a term that came up with discussions with the Studio School head. 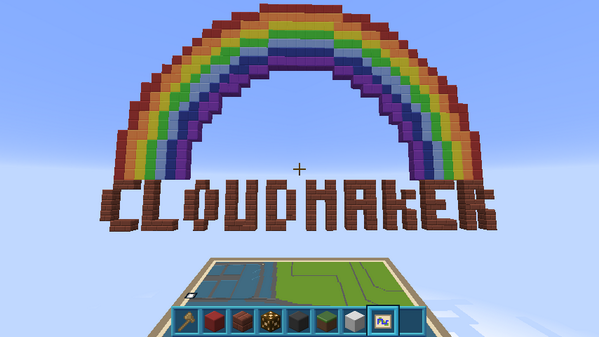 I’ve been working with Year 11 co-researchers at the school to build a scale model of the local Cains Brewery site in Liverpool and then 3dprinting the models using Printcraft.

These become tangible interfaces for a live immersive projected minecraft world; using a Microsoft Surface 2 table and tuio/OSC tracking feducials these 3D objects build themselves into the server to make a whole new physical interaction with the game. A 3Dprinted minecraft monkey allows you to explore an immersive projected minecraft world; moving him across a 2D visual map of the server on the Surface (using Dynmap) transports you to that point in minecraft with the 3D models building & moving around you. 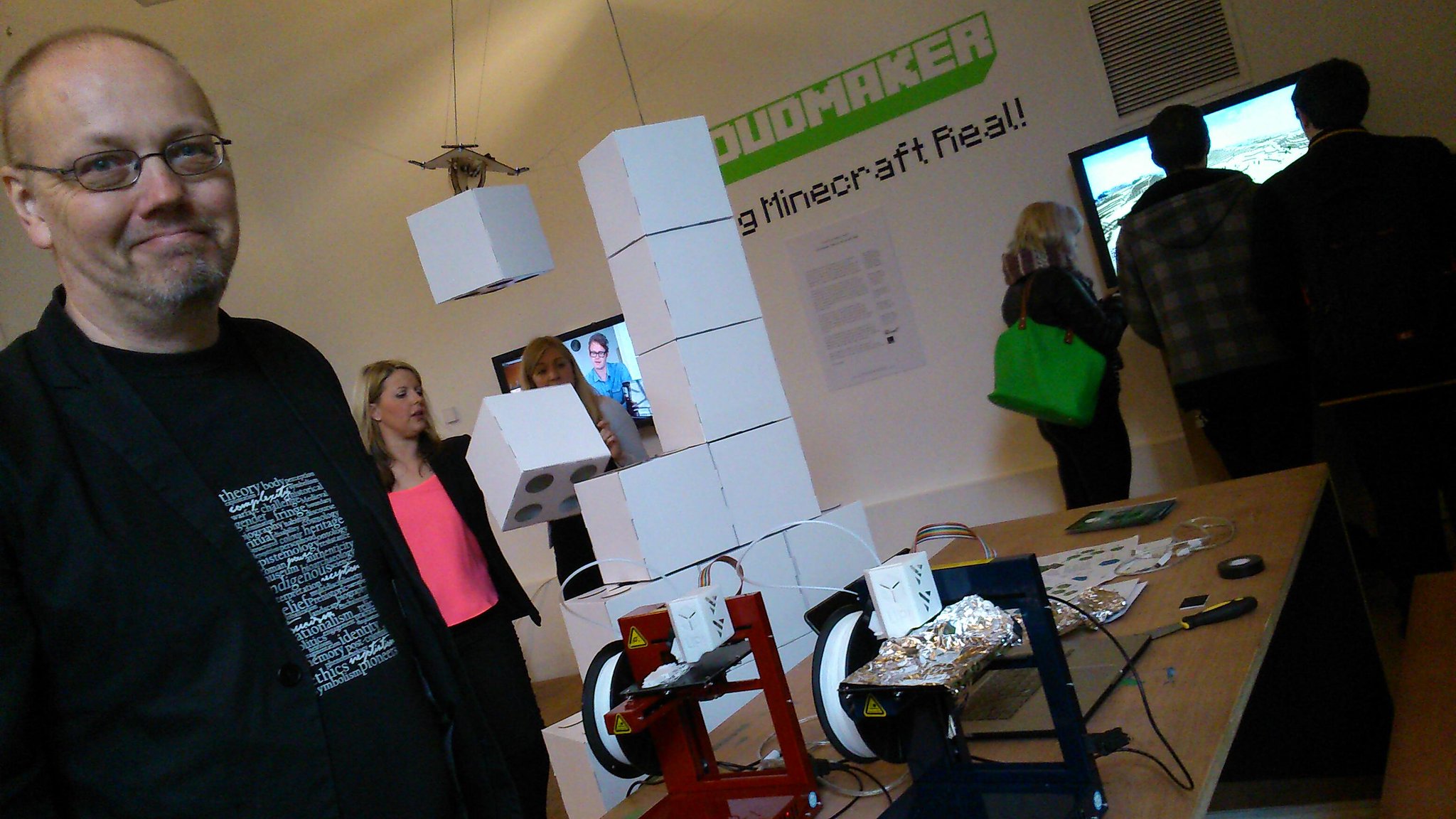 One of the most fascinating part of the project for me and my works concerns is exploring the knowledge production that takes place across the Minecraft community topology. It’s what makes Minecraft important: its simplicity belies the complexity of thought it becomes a tool for; its a space to imagine or construct a problem to model a solution or a series of questions. The co-design space the game has become is not pure virtual lego construction: its also become a meta-space for everything from computation, mapping, public consultation, Katy Perry Cover Versions, with NoteBlocks learning Python and Javascript, log flumes, chess and even Quantum Physics.

A response to this ‘knowledge space’ was to use Minecraft for product design, a divergence from its intuitively physical architectural virtual/habitative space. Working with Internet of Things advocate Adrian McEwen we used Makers of Morecambe shrimp arduino kits and PyFirmata and mciot to make minecraft events trigger LED monitoring and then simple switches to control events in the game; a domestic light pull switch makes it day or night in the game world. Our young researchers made 3Dprinted objects interactive; a chest flickers LED warnings when a house is griefed; a tree has a hidden button to build random forests with WorldEdit

The project output is a series of prototype resources physical and digital for co-design and creativity. It’s shown as a pop up exhibition at FACT’s ground floor Connects space and a chance to see how the public reacts and what new things we can learn from their responses.

The MinecraftOfThings is growing exponentially and we are by no means its pioneers but part of an evolving & emerging community. The beauty of Minecraft is the way it has exposed new hinterlands of post-network society ‘hobbyist’ or amateur knowledge culture; with perhaps quite odd connections to the tinkerers and makers of the past. In 20 years perhaps it will be at event like the North West Vintage Rally.

For now keep it real. Keep it minecraft!