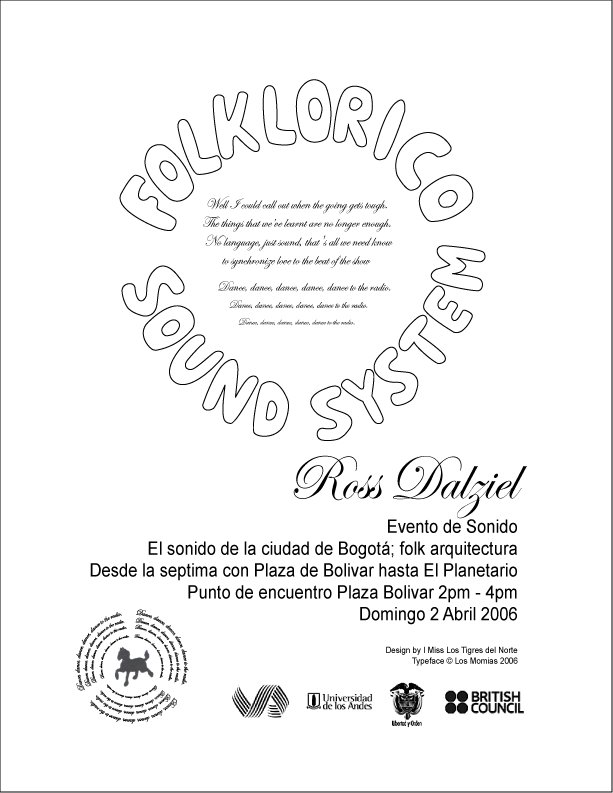 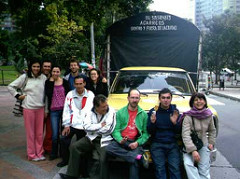 Transmission was an artist residency : an open research period at Universidad de Los Andes in Bogota, in Colombia into how sound art practice can work with architecture and the built environment.

The video below, “Chas or Dave” is part of Ross’s solo show back in the UK based on his residency material along the themes of Folk music as technology and the transfer of meaning across cultures through popular music. This show installed for 3 months in the Harris Museum’s stairway space June - August 2006 also featured an intervention in nearby Preston Market playing sound recordings from Bogota on old tape decks video installations of events in Bogota and a 4 channel sound installation in the stairway space in July 2006.

Chas Or Dave from Ross Dalziel on Vimeo.

You can read the residency’s archived artist blog below

Eternal thanks to Daniel & Marie from British Council and Andres Burbano and all the crew in the fine art, architecture and music departments of el Universidad de los Andes and of course Eloy, Wilhelm and the musicians of Grupo Los Currarros.