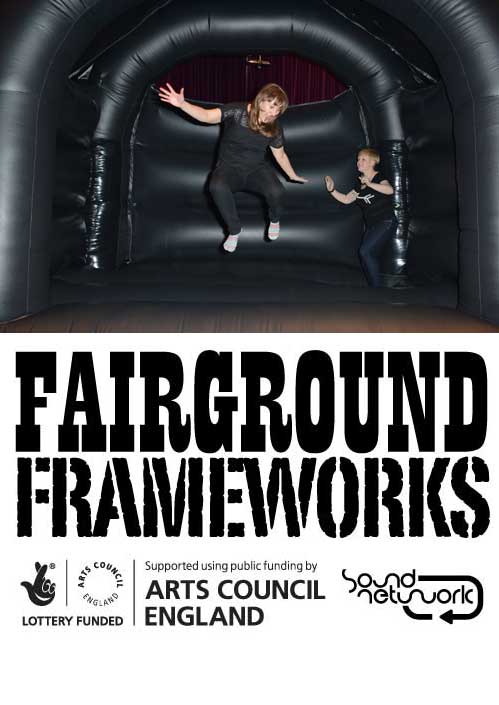 It developed one of the key approaches to Domestic Science using intuitive Play as a familiar social format (everyone ‘knows’ the social rules of mini-golf, ping pong or bouncy castles) for knowledge exchange. Originally it was a space for artists to do research and development in public and to challenge artists to work with new audiences and to take sound art out of controlled gallery and individual listening spaces. Domestic Science still use this approach to open up spaces and hybrid forums to discuss science and technology. 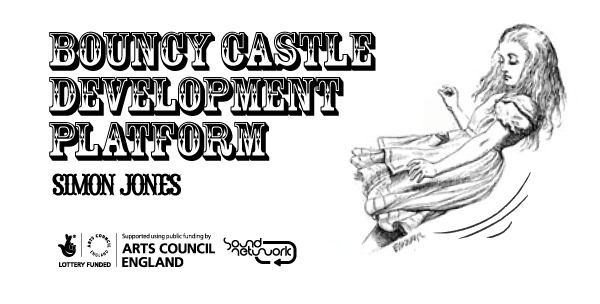 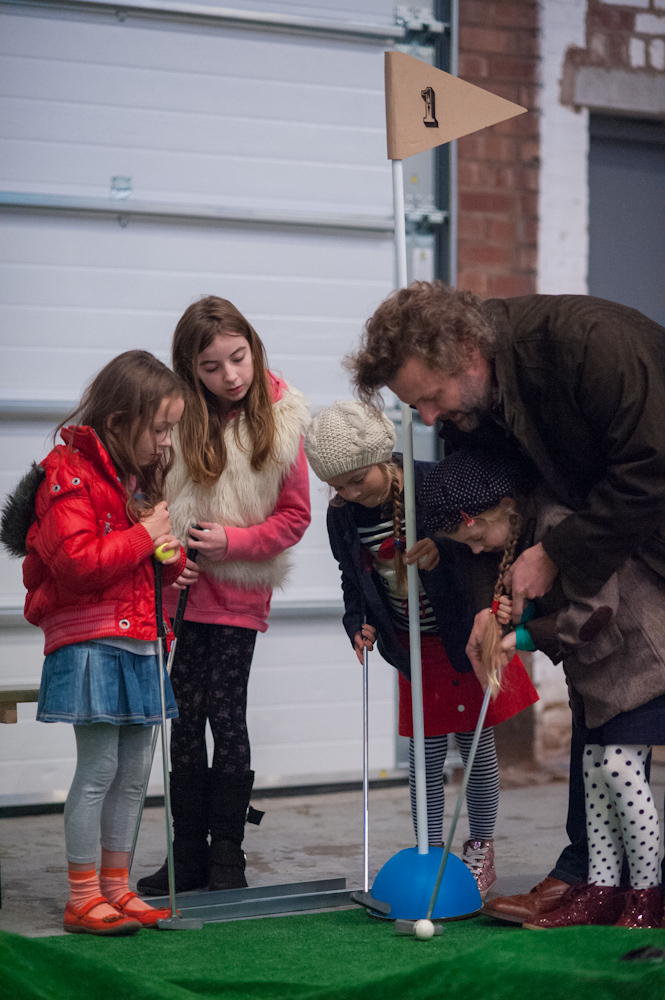 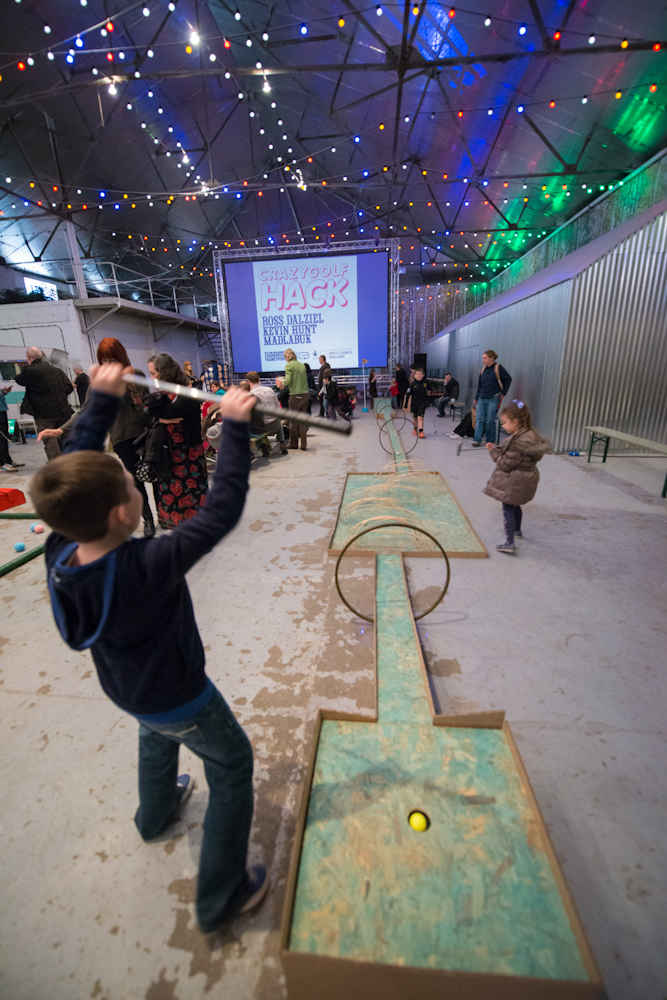 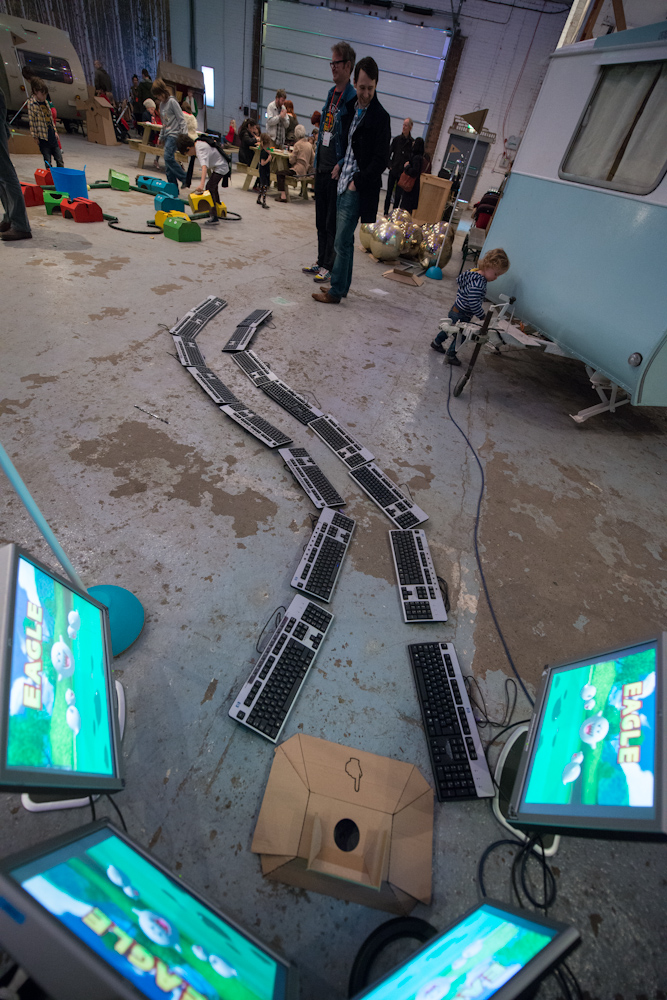 It also aimed to not only take sound art out of the gallery, but placed coding practices in live family friendly environments. 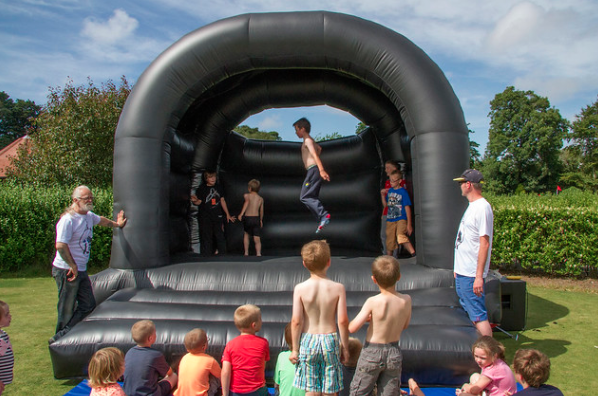 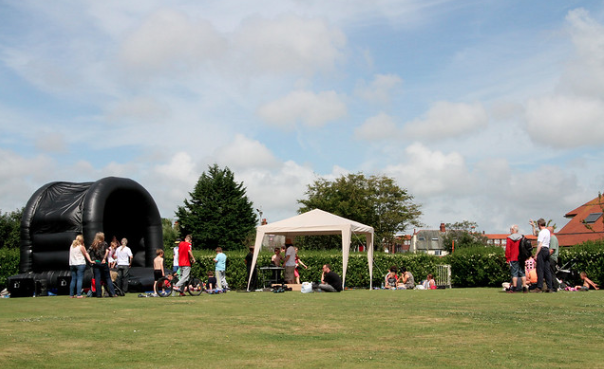 From SoundNetwork’s perspective, it supported their remit to foster playful enagaging spaces for artists to make new work and extend the scopes and contexts for interdisciplinary sound based art practice; experiment, prototype and then sustainably tour and build on systems that support their practice technically and financially and show their work to diverse publics. 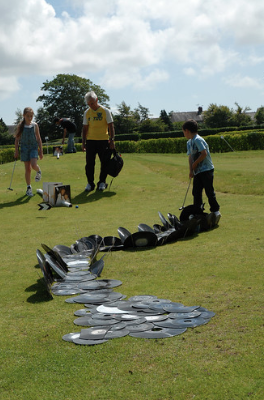 Originally Ross & SoundNetwork’s response to FON Festival’s invitation to make work about their public park was to invite artists unused to working with technology to develop temporary crazy golf holes ‘hacking’ an existing well used pitch-and-putt mini-golf green which would stealthily enable artists to work with non-screen based technology ‘physical computing’ and public intaeraction design but in response to their environment.

Crazy Golf Hack by Sound Network and invited artists at FON 2011 from Octopus Collective on Vimeo.

It led to developing the Fairground Framework tour supported by Arts Council England and a celebratory project for FACT which you can see below to open up the project to more artists in the North West. 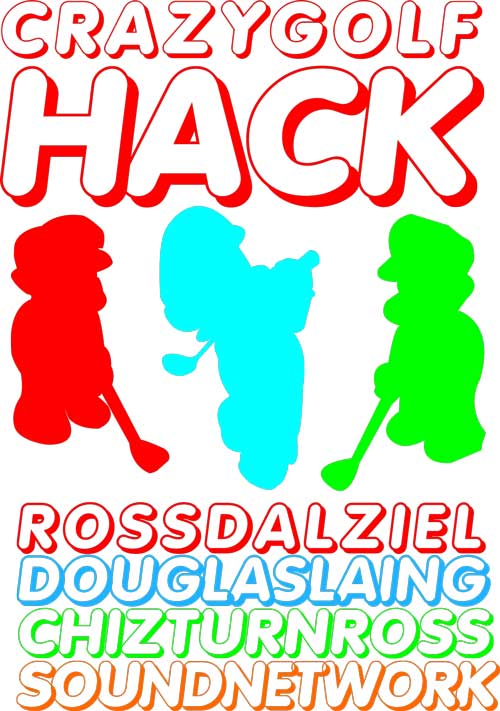 Hacky Birthday! Celebrating 10 years of the FACT building from FACT on Vimeo. It also supported other work commissioned by FACT, inviting artists and technologists to take part in the Noisy Table project while supporting Liverpool Bienniale’s public interaction work. Like Domestic Science does now, this body of work raised awareness of the organisation’s ability to bring interesting inter-disciplinary people together.

This background formed his approach to art-science-technology in socially engaged settings which now resonates with his PhD research into kit making practices in bioscience and the wider CriticalKits project. 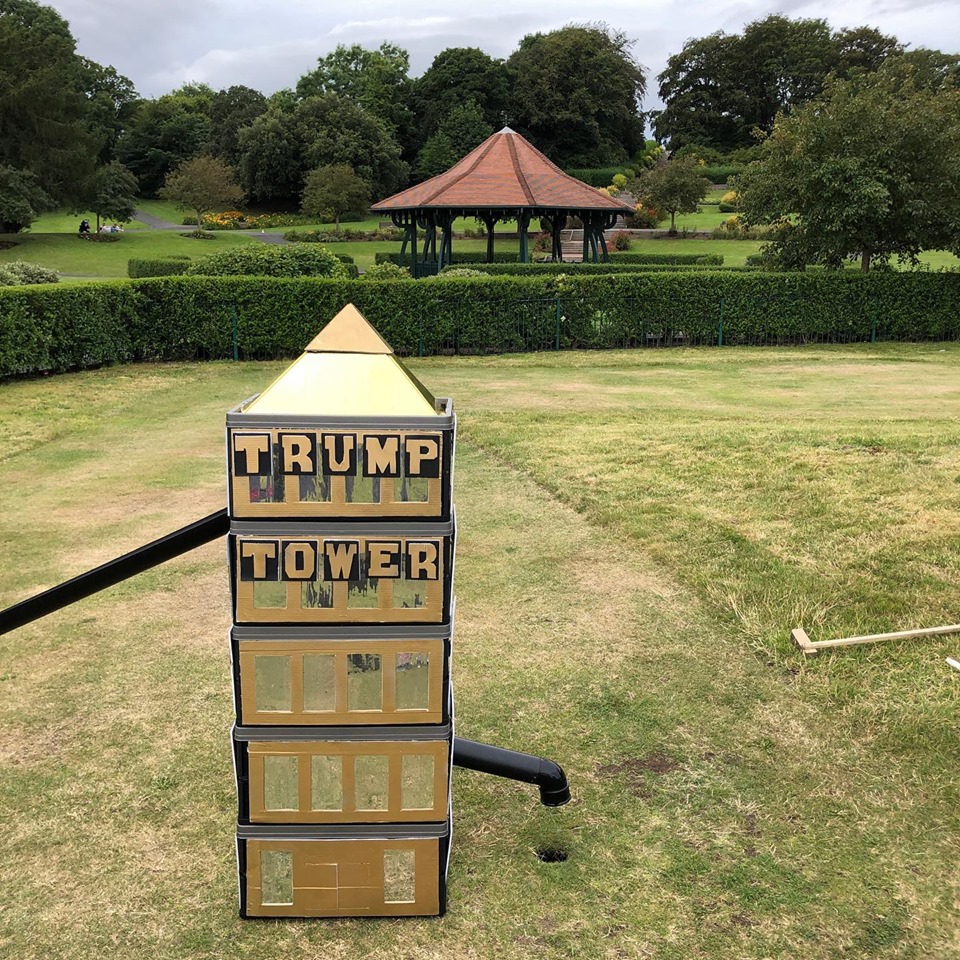 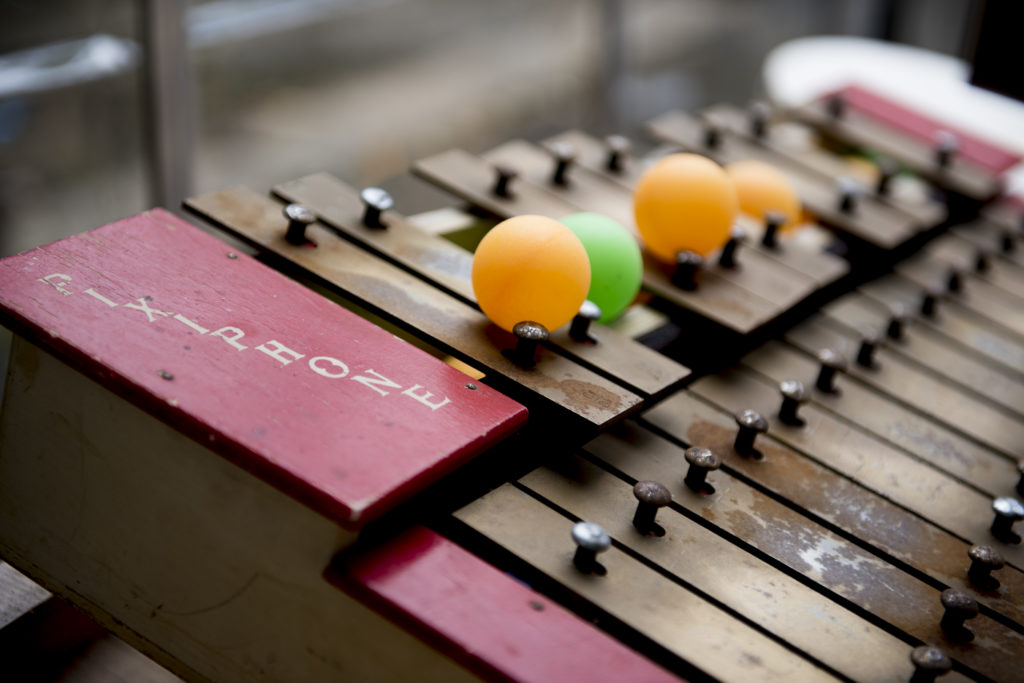 For Domestic Science lead artists Ross & Hwa Young Jung, it was an opportunity to incorporate Ross Dalziel’s ProtestsForProtists project into a science studies themed golf hole, BlackBoxGolf while experimenting in documenting and open sourcing the project.