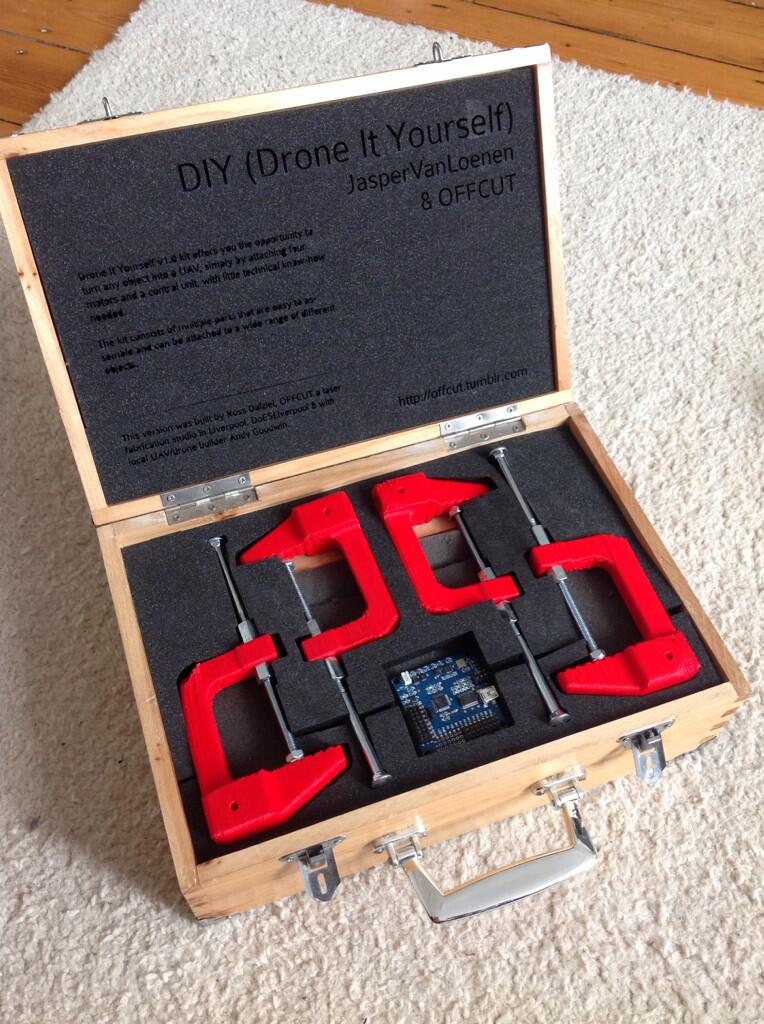 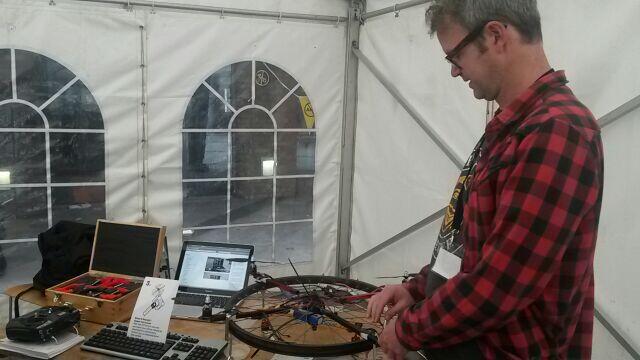 The drone narrative in mainstream culture imagines them as yet another elite run surveillance and control system; not to mention instruments of death; and with good reason. And then the 3Dprinting narrative says we can all make anything we want at any time avoiding sweatshops and taking a post-globalisation sidestreet..

There are some projects out there that are trying to open up much more complex hybrid narratives between the two, like Jasper Van Loenan’s Drone It Yourself; Myself and OFFCUTLIverpool were asked by @ANDFestival to build his 3Dprinted DIY drone for the AND Fair

It’s not the first DIY drone; drones are by default a massive DIY culture like its older RC flying community, but he has made a brilliant disruptive leap between DIY drone, digital fabrication and design culture. A conversation much more complex, but nevertheless related to the recent media ‘shock’ of the 3D printed gun; its almost a counterpart design narrative but one less easy to resolve a response to. We can make access to drones and quadcopters much easier by digital fabrication but then to make it fly unstable inappropriate objects glitches up the engineering process; quadcoptors need super light weight balanced structures to get the control that makes them so useful (for whatever reason)

I didnt make our bike wheel fly, the 3D print we did hadn’t enough tensile strength in the direction needed despite Mark, a local designer finding us a much lighter bike wheel!

We did however open up fascinating conversations around these cultures which we should have in retrospect recorded; from ethics and trauma of killing at a distance, to locksports, where & how to 3d print (@DoesLiverpool is the place!), what is prototyping, how to fly, local hackspace culture, how to be an engineer all the way to planning celebrity arduino workshops with Stevie Nicks.

The hardest things to collect are the conversations artists and festivals make happen and no amount of streaming can capture that; you have to be there!

Thanks again to ANDFestival & Jasper for letting me take part in the ANDFair, Mark for donating a wheel, Adrian Mcewen and Glenn Boulter for flight tests, Patrick Fenner and DoESLiverpool for the RepRap use and the brilliant Andy Goodwin for all his help with motors and difficult ESC RC controller board choices!